In an earlier article, I wrote about how it got easier to convey emotions in text-based communication with emoticons and emoji. Not having to write every emotion as a full sentence has improved efficiency in that regard. However, a lot of the things we say in day-to-day communication have little to do with emotion. Let’s look at some of the steps we’ve taken to optimise text communication in general.

What comes out must go in

People communicate in many different ways. For example, we use body language such as our body posture and gestures, and we use our voice. You could say that our brain provides the input and sends it to our outputs, which conveniently happen to all be part of our body in some way. The delay between sending and receiving signals is kept to an absolute minimum (under normal circumstances), and the bandwidth is high, making it very efficient. Our communication can then be observed by others with input devices that come naturally to us: eyes, ears, tongue, nose, skin, and let’s not forget our 6th sense.

This is very different for text-based communication (among others) because this requires us to use an interface: a physical piece of equipment that is not a part of our body, used to feed a communication device, such as a computer or smartphone. What we enter using the interface will, of course, come from our own outputs. We type with our fingers, gesture with our hands and speak with our mouth to provide input.

For text input, this approach comes with several challenges because the muscles in our hands and fingers are much slower than the signals travelling from the brain controlling them. In other words: the use of a keyboard restricts us. It limits the efficiency and the speed with which we can enter information. And that’s not the end of it.

By far the most popular interface for text input is a keyboard. It currently exists in many different shapes and forms, but one thing stands out: almost all of them have the same (or a very similar) layout called QWERTY, named after the first six letters on the first row of the keyboard. We (ideally) use it with our 10 fingers, and a reasonably experienced writer will then be able to do about 60 English words every minute, more with training.

“English words,” you say? Well, yes: although you could type words in any language that uses the Latin alphabet, the QWERTY layout is only optimised for writing English words. If you use it to write any other language than English, you will be slower compared to using a keyboard optimised for that specific language.

The reason it’s optimised for English goes back a long way. The QWERTY layout has its origin in mechanical typewriter keyboards, and one of the purposes of the layout back then was to prevent so-called typewriter jamming. For example, if you would like to type “dear” on a keyboard that has the “d” and “e” side by side (as they are in the alphabet), typing quickly would cause the so-called typebars (bars that swing out a letter to hit the ink ribbon) to get jammed. To prevent this from happening, letters were re-arranged in such a way that the typebars were unlikely to stick when typing the most common English words.

Summing it up, one of the most used interfaces in the world today is not designed for the best speed by today’s standards. Instead, it was designed to work well on typewriters from long before 1900 and has been around ever since with only minor changes.

If you feel like pulling your hair out now, I have moderately good news: other keyboard layouts have been designed (DVORAK for example), and they are said to be faster and more efficient. Despite other layouts being available, the chances of QWERTY being replaced are slim. We are invested in the well-known century-old layout; and we’re probably stuck with it until we decide to learn a completely new one.

We can’t (yet) read our brain directly on what we wish to type, and QWERTY is here to stay. Now what do we do to improve our efficiency? We have found the answer (for now) in several different techniques, the two most prominent and recent being predictive text and autocorrect.

The whole idea of predictive text was not introduced for use with full-size computer keyboards, but rather for devices with a much lower input speed: mobile phone keypads. One of the most popular predictive text designs was named after it: T9, which stands for Text on 9 keys. 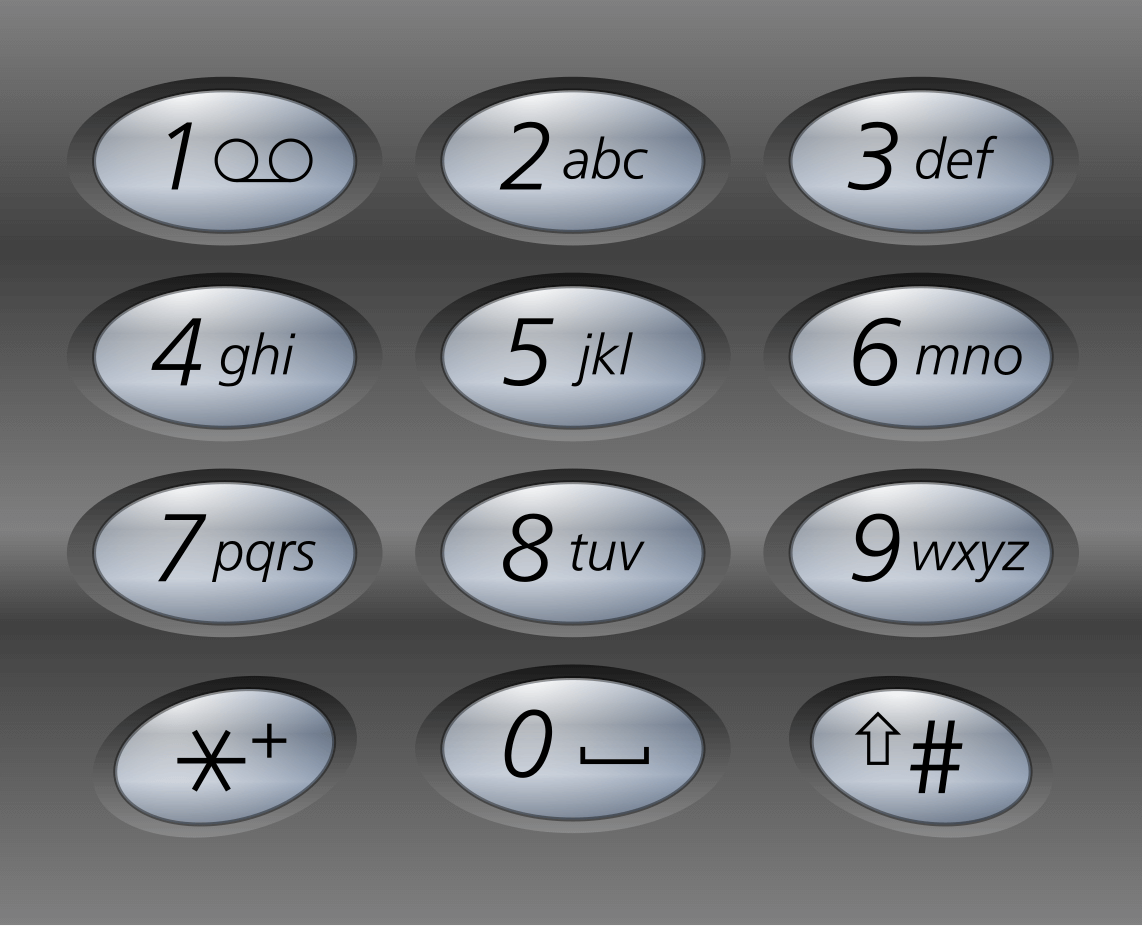 You may remember using T9 to write SMS messages using the letters written on the dialpad of the phone. Pressing the ’2’-key on the dialpad once would give an ‘A’, pressing it twice quickly a ‘B’ and so on. To type a common word such as “nonmonogamous” without predictive text, one needed to press the sequence 66[wait]666[wait]66[wait]6[wait]666[wait]66[wait]666426[wait]6667777. This very tedious and time-consuming process was sped up by combining text entry with a dictionary of possible words. With every press on the keypad, the dictionary would be searched for the words closest associated with those keypresses. As soon as the right word turned up in the suggestions, you could press a single button (space for example) to finish and go to the next word. Over time, a simple algorithm would sort the most used words on top, speeding up some conversations a little further.

Another technique that could speed us up — but with some risks involved — is autocorrect. One of the things it aims to improve is the speed at which we correct our typing errors. It usually takes us a couple of keystrokes to realise we’ve made a mistake, then we need to hit the same key (backspace) multiple times while we visually keep track of whether or not we’ve deleted our error, then attempt to re-type. A well-trained autocorrect will allow you to keep on typing while making typos, and the autocorrect algorithm will jump in to correct badly spelled words.

Unfortunately, a “well” trained autocorrect might get you into trouble just as well. Since the words we use in business communication are different from those in private conversations, autocorrect may be on the fence as to whether you meant “I don’t” or “Idiot”. And trust me, it could be much worse (aka funny for others) than this.

Autocorrect is not only useful for laughter and correcting typos, but it also allows for easy text replacement. Try typing OMW on your smartphone, and it might just automatically expand to On my way! You can add such replacements yourself if you use certain sentences or phrases a lot.

A relic to the rescue

To do text replacement, you have to have some text to replace, usually an abbreviation of the full phrase. But some are so well known, there is no need to replace them: the abbreviation itself has become a well-known word. Most well-known abbreviations find their origin in early internet slang. Internet slang is often nicknamed “netspeak”, and it has existed for at least since message boards were present on ARPANET (the predecessor of the internet) in the 70s. For outsiders, the word netspeak can be a misleading name since internet slang consists of “words” that are not spoken at all. Netspeak is exclusively used in (text-based) communication such as email and instant messaging.

Netspeak is common in casual conversation, with abbreviations such as brb (Be Right Back), afaik (As Far As I Know) and ttyl (Talk To You Later). The small number of keypresses needed allows for very quick communications, as long as there is a well-known abbreviation for it. And of course, it only works if the person on the receiving side of the conversation is aware of the meaning. If they are, perhaps the abbreviations are faster to read and understand than the full phrases they translate to.

We’ve put significant effort into optimising the speed at which we can input text, while working around the fact that the design of our most used interface is not optimal. It has improved our speed to some degrees, but text input in general still is a big bottleneck in the connection to our computer systems.

Companies such as Elon Musk’s Neuralink are looking for ways to connect computers to our brain more directly, but it will take a long time before there are tangible results. In the meantime, we’re doing our best to embrace the techniques that are offered to us, including the one where we apologise for our shoddy spelling in advance:

Sent from my iPhone.

Talksome blog
—
We are stuck in the past: Why we still use ancient technology for typing text
Share this