It goes without saying that the invention of the telephone and its ability to allow communication over vast distances has revolutionized our global civilization. I thought it might be interesting to take a look at some imagined concepts for the future of communication that were created in the past, and to compare it to our current approach.

The need to see each other in real-time while communicating over great stretches of physical distance has always been in our collective desire. There’s still a feeling that something is missing while using these extended forms of ourselves though. Something which is distinctly human, like body language, eye contact, meaning, or the environment in which we communicate. These things we’ve evolved to effectively make ourselves better understood since the dawn of human society. The need to enhance this by using technology is what keeps driving us, along with the need for new and lucrative items in an expanding and insatiably driven capitalist market system. With the amount of technologies in development or coming to market, it can be hard to predict which ones could really pave the way to the future. Currently, we want to go from looking at screens (which in the past, was a big trend for predictions about the future), to total virtual immersion via HMD’s (head mounted displays like the oculus rift) or by way of holograms. 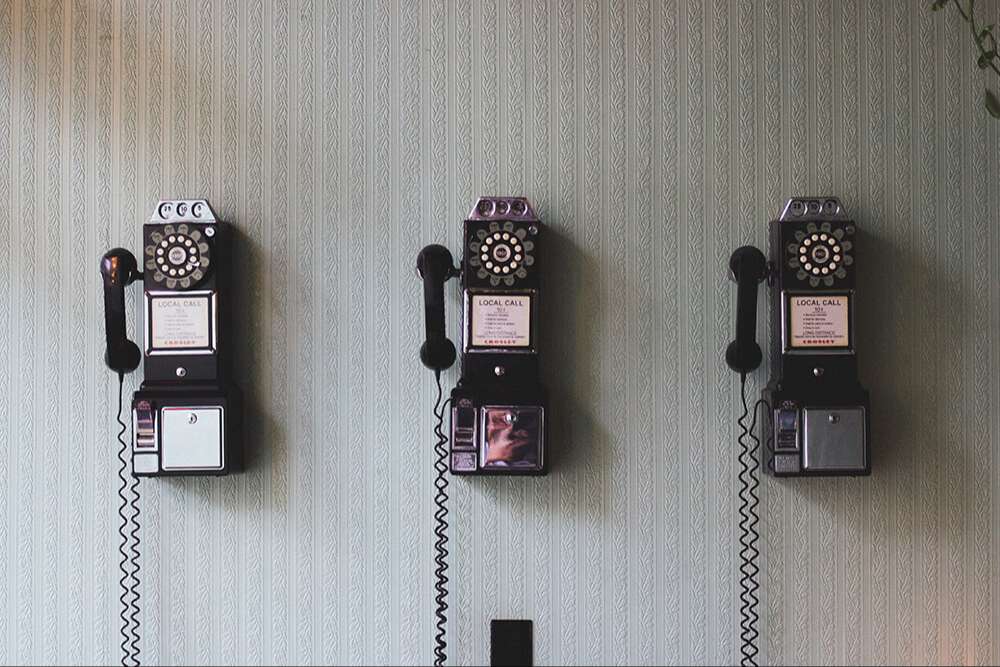 Although we still bear the same kind of deep inclinations driving us to develop new advancements for effective communication, the twists and turns that technology takes in its embrace by society can be quite uncertain and hard to predict.

The forecast of the technological future we will find ourselves in is always limited by the time in which we make those predictions. One can never truly escape the standards and cultural distinctions of the current age, even whilst dreaming up the world of tomorrow. Many of the past renditions of the future seem to have some right ideas, but we still can’t move past our blatant fascination for some of them, like the idea of flying cars. This is one of the most popular tropes for anything to appear “super futuristic”. In reality, we still have not made the strides to adopt this method of transportation, and possibly never will. Perhaps we will never have them because the need to travel in such a vehicle will be rendered unnecessary by other available technologies of the time like mind travel, or will actually take place underground, like the concept for Elon Musk’s Hyperloop. After all, who could have imagined a time in history where everyone was seemingly glued to a little glowing screen they held uncomfortably in their hand, while nearly being run over by another one of man’s greatest inventions of the 20th century?

For instance, a flying vehicle dreamt up in the 1800’s to predict the year 2000, would still deliver physical mail to each household. While they idea seems quite backward now, the impulse nevertheless remains. We still want to get our correspondence as fast as possible, and we still have the concept of “mail”, even though it’s primarily digital. While the means have changed, the sentiment remains the same.

So what are we projecting for the near future?

Many well-known companies seem to be saying its HMD’s.

While cutting-edge technology is still being innovated and some could argue it is very “real”, HMD’s have still failed to make their way into mainstream acceptance by the masses (just like the wave of mp3 players when they first arrived), and this is how real societal change evolves. On a widespread level we still haven’t implanted anything in our bodies for daily use, outside of medical devices (and the endeavors of some bio-hackers), but wearables are still being developed. At present, attempts at new technological interfaces just seem to be moving the technology of yesterday closer and closer to our bodily surface. We’re still in the initial stages of expanding virtual mapping over our environment, and we like the idea of interactive holograms, which artificially compensate for our human need for physicality. A goggle-eyed human interacting in his virtualized home environment is the best we seem to be able to come up with for the achievable future. I’m not saying it won’t catch on at some point, but it’s going to have to get a lot smaller first.

There’s a lot in factors in determining the technology of tomorrow but at present, I think it has to do with the way it interacts with our body, and our societal perception of privacy and being at the mercy of others in a digital world. Google glass didn’t really work out, because not many people wanted to be a Glasshole. Other issues come into play like cost and device obsolescence as the driving force of the current market system favors new items with a short life. They operate on newer and newer platforms, and many new devices and apps are being added everyday. In order to move this bulky technology from its primary use inside the home into the public arena like the smartphone, it will have to make some major style changes. These factors, coupled with the effects it has on some of our bodies like Simulator Sickness or the awkward VR face, could prove to be large obstacles. If you’ve ever tried a HMD or gone to a 3D movie, you will notice that there could be some unpleasant symptoms which accompany it.

Simulator sickness is a conflict of sorts between what your brain and body think they’re doing. Your eyes say, “We’re moving!” And your brain says “Nope! Let’s get nauseated!” Science Magazine suggests that this disparity is interpreted as a toxin, and the human body does what it can to get that toxin out, ergo, vomiting. As much as people look at virtual reality and want to do things like fly or jump, for many folks, it’s the beginning of a bad idea. But, as everyone has different thresholds, not everyone gets sick, or as sick as someone else might. This is one of the big challenges for developers — figuring out how to move people without making them ill. 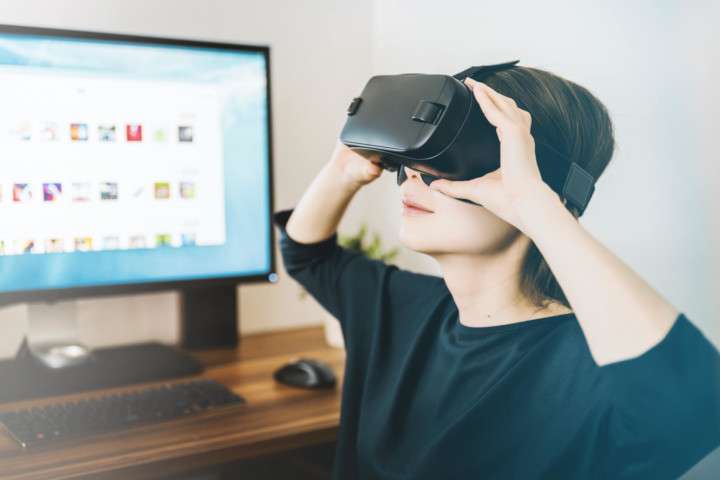 Perhaps at some point, we could feasibly adapt our bodies to this interface, just like we did when we all began riding in cars.

It’s worth noting though, that our current state of affairs with our phones and computers seem to be already bad for our bodies (not to mention our attention spans), and we’ve all gotten a case of the tech-neck from craning our heads towards our devices, while also trying to avoid catching a glimpse of that Jabba-the-hutt double chin reflected in your screen.

One thing is for sure though, the information and communication technologies of the future will maintain and keep us inside of our existing filter bubbles. In a world of expanding knowledge and information, the only way to deal with it is to tailor it to ourselves and our specific needs.

But in all honesty, the realities of future are going to be weirder than we could possibly imagine.

Talksome blog
—
Technological Predictions of the Future-Past
Share this